Taking Boys To The Mountains (To Heal) 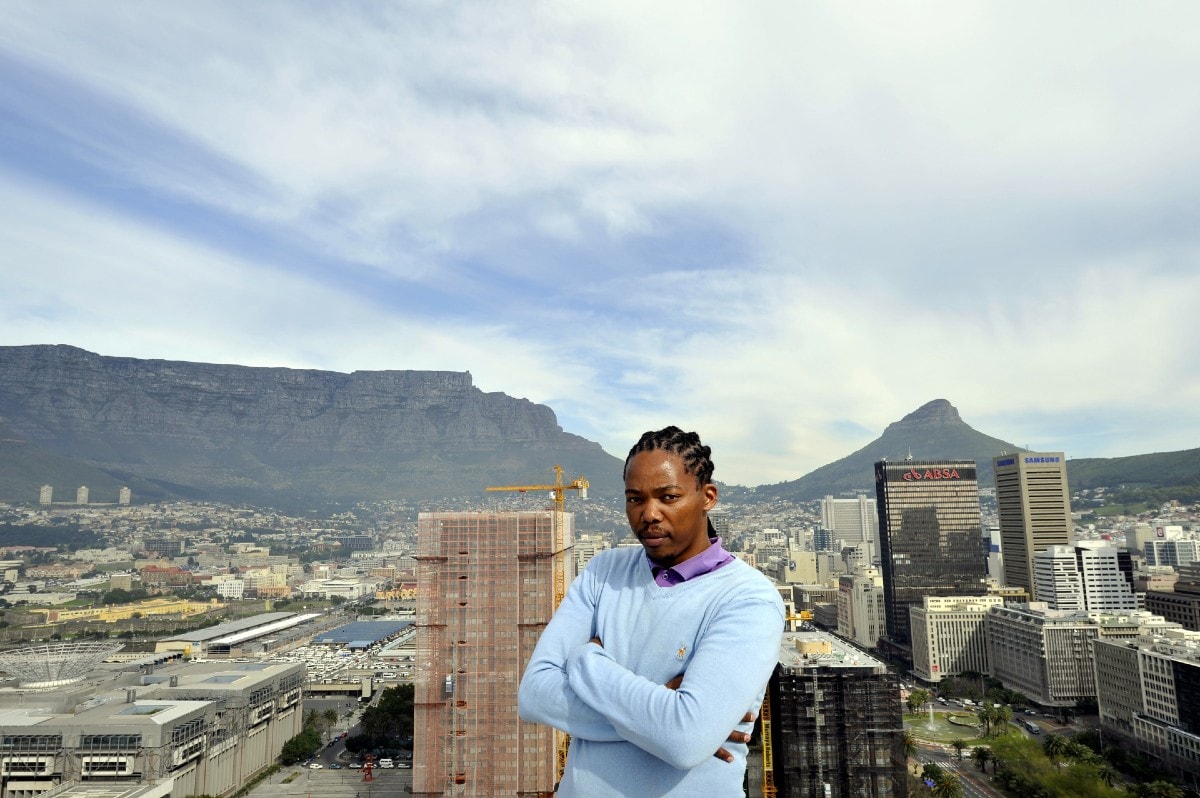 Lindela Mjenxane grew up herding his grandmother’s goats and roaming the hills of the Eastern Cape. It was here, near the small town of Mount Frere between Kokstad and Mthatha, that his love for nature was born. Mjenxane was raised by his maternal grandmother because his mother lived in Joburg. His father, a pianist who moved in the same circles as the late Brenda Fassie, didn’t feature in his life. Today, somewhat ironically, Mjenxane (32) has become something of a patriarch to hundreds of youngsters living in townships around Cape Town.

“I tend to be hard on them. I am a father figure who’s not easy to please. I believe I have to push these children to nurture their talent and potential,” he says from behind his laptop (he is always working). Mjenxane is the founder of the Beyond Expectation Environmental Project (Beep), which helps pupils in townships overcome the challenges of their physical and social surroundings by connecting with nature. For example, Beep organises a two-day trek up Table Mountain, establishes food gardens at schools and provides education about water conservation and the evils of littering.

Mjenxane is unmarried and doesn’t have children of his own yet. “I want to learn from the mistakes of my parents, but I do want to have a solid family one day,” he says. He doesn’t hold any grudges against his father who “didn’t give a damn”. He cites his grandmother as his mentor and inspiration, the person who instilled in him the strong family values he prizes today. Mjenxane moved from the rural livestock-rich paradise of his formative years to the corrugated confines of Cape Town’s Philippi with his mother when he was 12.

“We moved into a shack. It was tough, very cluttered and cramped compared with what I’d been used to.”

He attended Simon’s Town High School, getting up at 4am to catch a train to Cape Town, then the Southern Line through Woodstock, Rondebosch and Muizenberg, and along the coast to Simon’s Town. It was a tough time.

“My mum could just afford my train ticket. When I called my dad, he put the phone down in my ear.”

But Mjenxane matriculated with accounting, business studies, geography, maritime studies, English and isiXhosa; and with it, the prospect of a bright future. He visited the Kirstenbosch National Botanical Garden in the foothills of Table Mountain for the first time in 2000. He had passed the garden so often on the train.

“I was in awe of the surroundings; it was profound. I mean, from the townships we see the mountain, but it’s hard to believe there are so many walkways up there,” he says.

SA National Parks noted his passion and offered him a job as a tour guide, which he did for four years. “I jumped for joy, it was such a great opportunity.”

But it wasn’t enough because he longed to marry his passion for the environment with a social conscience, particularly with regard to the young people of Cape Town’s shack lands.

He started Beep, a nonprofit organisation, in 2005. Among the accolades, he won the Western Cape premier’s Youth Award in 2006, was named the provincial community builder of the year (Western Cape) in 2007 and in that year, won the Inyathelo Award for youth in philanthropy.

Beep works with 10 schools, hosting two workshops every day. It employs five people, three of whom rose through the organisation’s ranks. The mountain treks pass through places such as Orange Forest, Disa Gorge and Kasteelpoort – places of great natural beauty most of the participants have never been exposed to. There is also “a place of healing” – a gathering of rocks where Mjenxane asks the pupils to lie down, close their eyes and listen to nature. “It’s not easy. The kids come up with very serious stuff. They have single parents, were raped or molested … My organisation uses nature as a tool to address social issues.”

He opens his laptop to show pictures of broadly grinning children under trees and next to waterfalls. “The environment and its conservation – and its potential to heal – is something very close to my heart.”

One cannot help but think his heart is in a beautiful place.