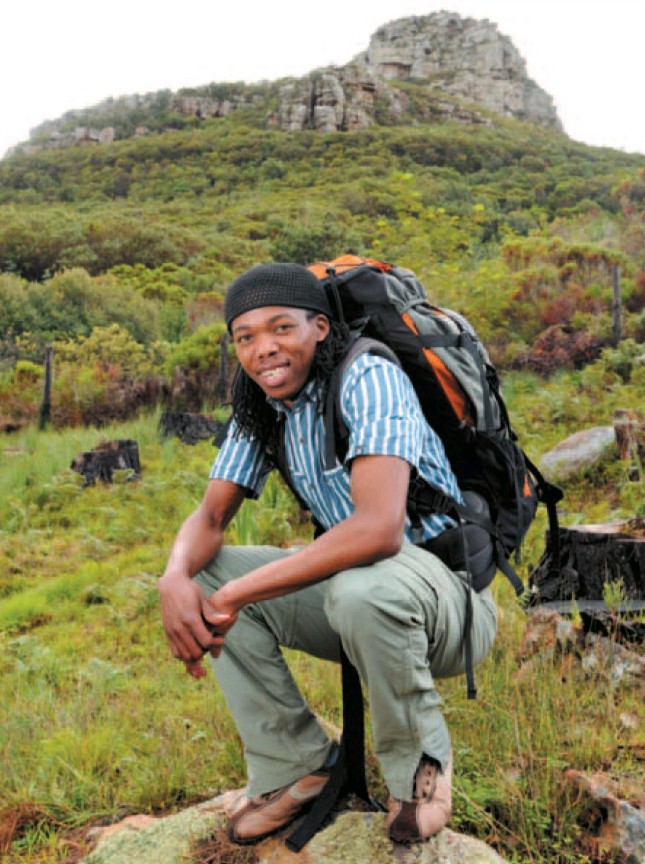 Though Table Mountain is Cape Town’s most famous landmark, a large percentage of the city’s population, living in the shanty towns and townships around the city, have never been up it.Lindela Mjenxane is trying to change that. He’s the founder of the Beyond Expectation Environmental Project (Beep), an organisation he established to improve environmental awareness among township youth.
“It’s difficult to expect disadvantaged children to be concerned about their environment, conserve water and pick up litter if they’ve never experienced nature,” says Mjenxane.

Having grown up herding goats in Lady Frere in the Eastern Cape, Mjenxane moved to Cape Town where he trained as a tour guide, taking mostly foreign visitors up Table Mountain. This gave him the idea of taking needy children to the world heritage site. He resigned as a tour guide, borrowed R50 000 and used his savings to set up Beep in 2005. Since then, he has taken 1 400 children on overnight camps on the mountain.
“This year we hope to take another 1 100 schoolchildren,” he says. “We’re now running camps every weekend.”

Beep provides school groups with transport, water bottles, ponchos, food and accommodation at the top of Table Mountain.
“We generally take children aged 10-15 as this is when they are forming their social identities and we can play a role in helping them choose a positive path in life,” he says.
“While the camps teach children about the environment, they also provide a space for self-reflection — something they often don’t have at home.”

A growing body of research suggests that natural settings can provide tangible health benefits and play an important role in deterring crime.
“Children are less overwhelmed by their problems when they have access to green spaces,” he says. “Scenic surrounds also have a positive influence by reducing aggression and violence in teens.”

By encouraging children to conserve natural resources and take pride in their environment, they’re less likely commit crimes later on.
“It’s a valuable tool in teaching children to respect public property,” he says.

Mjenxane also recently launched a bursary scheme with the R140 000 he won in the environmental category of the Johnnie Walker Celebrating Strides awards. The fund will assist township learners to study for environmental degrees.
“We want to make environmental careers an option for all youngsters,” says Mjenxane, whose main financial backer to date has been a Cape-based law firm. He is hoping to attract corporate funding to reach more children.

Mjenxane has also started to set up food gardens at the schools he works with in an effort to encourage more green spaces in informal settlements — an extension of his environmental awareness project.