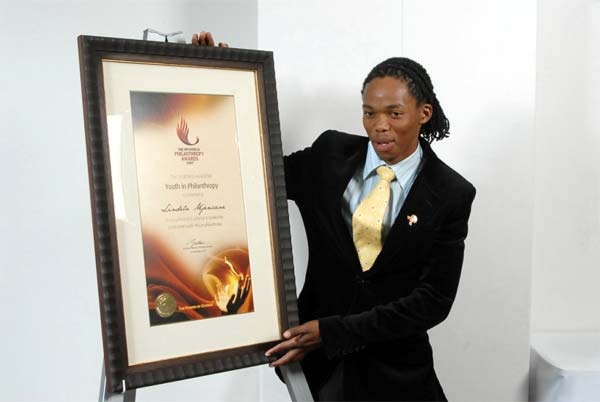 Lindela Mjenxane started the Beyond Expectation Environmental Project (BEEP) to utilize natural environments, particularly Table Mountain, as a workshop “venue” for school learners, to help them to escape the trap of poverty, educate them about the environment and teach them about using water wisely. BEEP, in partnership with Educo Africa and Collect-a-Can, also trains volunteers to lead the workshops.

This project has won three awards in two years (including M&G Greening the Future, 2007). Apart from using his own funds to support the organization, Lindela has exemplified leadership and excellence in philanthropy (and his ability to encourage and motivate others to give) through his involvement with other organizations such as Masivuke, Umthi Wesizwe and Ulutsha Olukhathalayo. In addition to being recognized for his leadership role in philanthropic giving, Lindela Mjenxane won the Western Cape Premier’s Youth Award in 2006, and was awarded provincial community builder of the year (W Cape) in 2007.